Game of Tomes    History      Game of Tomes 2020 Recap
The following article is a recap of the events -- fictional and non-fictional -- that took place during the first Game of Tomes event in 2020. People really ran away with the roleplay, and we celebrate their creativity here!
The Game of Tomes was a conflict that first broke out in November of 2020. It was a resounding success with the Twitch writers' and World Anvil community, and the Anvilite Streamer Corps quickly decided to make it an annual event.

2020 was a disastrous year on the third planet in the Sol system. As if the widespread political and social turmoil, and the vicissitudes of climate change weren't enough, a global pandemic known as Covid-19, a Coronavirus infection, forced most of the world into lockdown conditions. In response to the health risks of gathering in public spaces, NaNoWriMo headquarters informed their Municipal Liaisons, including Sable Aradia, that they would not be authorizing any in-person events for NaNoWriMo 2020.   Fortunately, the ASC Wrimos had the benefit of the Anvilite community to gather with online. Inspired by the #NaNoHouseCup, which is masterminded and organized by Elayna Mae, a number of ASC writers who participate in NaNoWriMo agreed to pit their word counts against one another in a month-long winner-take-all battle for the Iron Tome. Sable Aradia of House Lapin laid the challenge, and six ASC Wrimos accepted her invitation.

Participating writers decided which house to join, whether or not they would be mercenaries or remain loyal, and how they would personally interact with the Game. While exact numbers in each house were hard to track due to changing allegiances, in general, from smallest to largest house, membership was as follows:     Several minor houses also participated, offering their loyalties to the great houses in turn for mostly-limited periods:

A total of 137 Tome Knights participated in the Game of Tomes in 2020.

WriterGreg hosted a 24 hour charity stream event at the end of the Game of Tomes 2020, featuring a number of guest worldbuilders, including many Tome Knights and major and minor house leaders! You can see the whole playlist of those features at this link!

Note: this is very similar to the ultimate Final Report video which was made for World Anvil's community stream, which is featured below

The event was not without its problems. Scoring for the Undead Horde turned out to be inadequate, and will be revisited in 2021. Demand for streams, and opportunities to stream the event, forced the organizers to create a 24 hour streaming event calendar on the fly, so it was resolved that in 2021, this would be done beforehand. Also, the viewership of the ASC writing streamers was increased, but the viewership of the ASC RPG streamers fell. It was decided that something should be done to focus the same kind of promotional effort on the RPG streamers on another occasion, and an event would be created to celebrate them in spring of 2021.   However, the success of Game of Tomes 2020 far exceeded expectations. It brought new people into the community, and created lasting loyalty to the event in many of the participants. It also brought many disparate writing groups on Twitch together, including the ASC, the Twitch Writers' Network, and the 4theWords community. Several Tome Knights reported record totals in their word counts, and several others reported completing NaNoWriMo when they never had. The organizers, by popular demand, resolved that it would become an annual event.

Game of Tomes was so successful that, by popular demand, a "Game of Tomes Lite" event for Camp NaNoWriMo, the Game of Tomes Tourney of Tales , was created for April and July in 2021, with intentions of making them annual events as well.   From the cooperation born of Game of Tomes, writers and streamers from the ASC, the Twitch Writers' Network, the 4theWords community, and the 31 Days 31 Stories community, came together to create Writers' CONduit, a streamed writers' conference to take place on Twitch at the end of June 2021.
This article is a work in progress, and may be subject to changes.

Original Works About Game of Tomes 2020 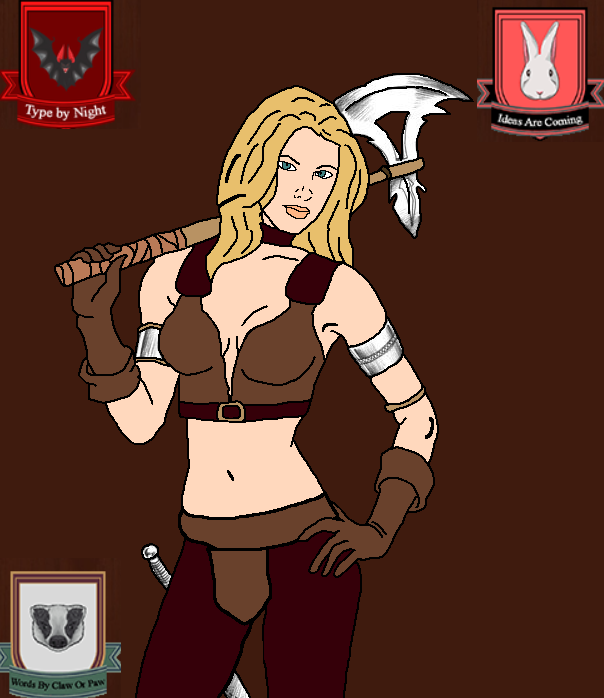 Leaders of the Great Houses

The House Leaders in 2020 were:   The first Night Monarch (leader of the Undead Horde) was Erin Righ (Canada) 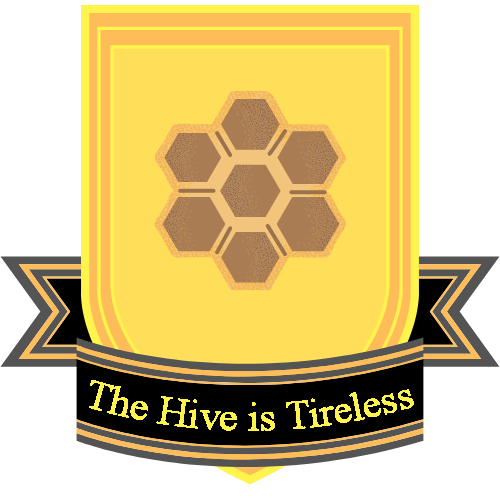 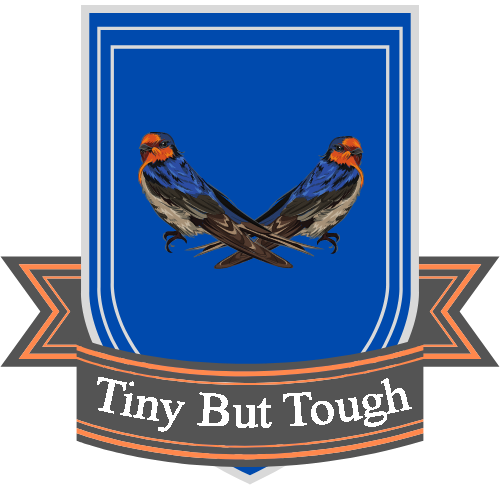 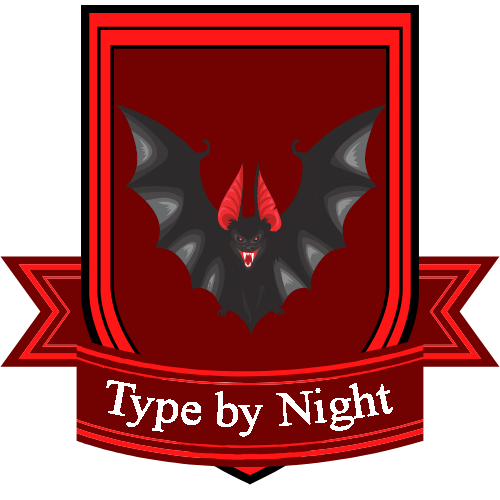 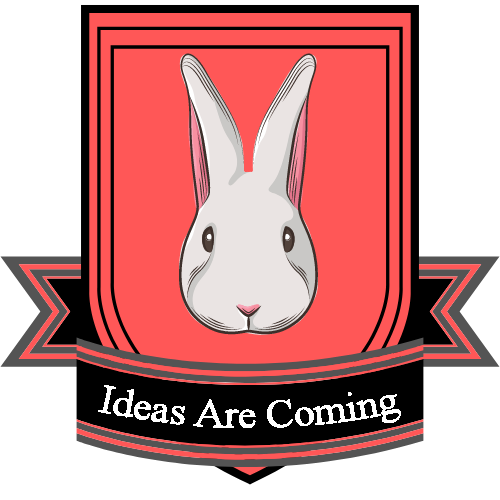 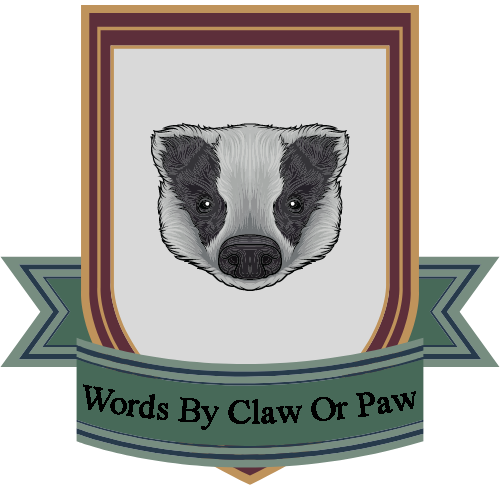 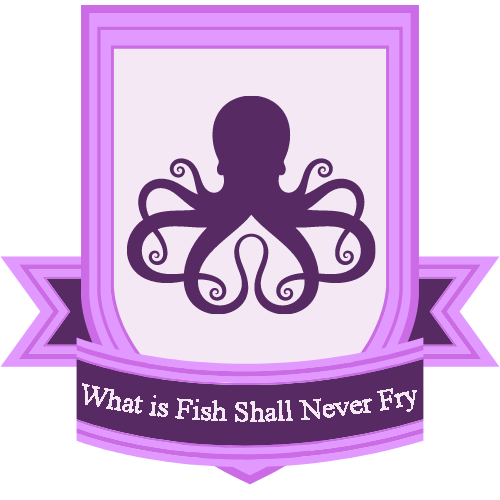 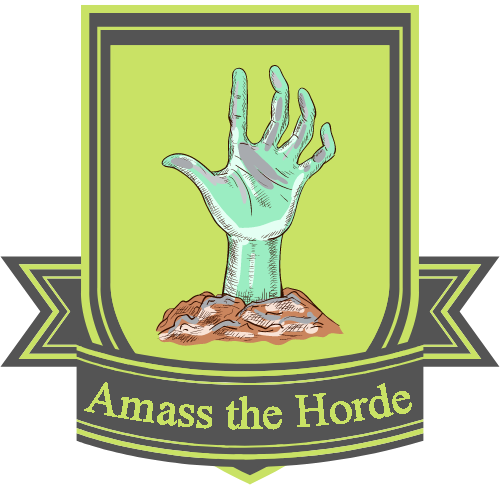 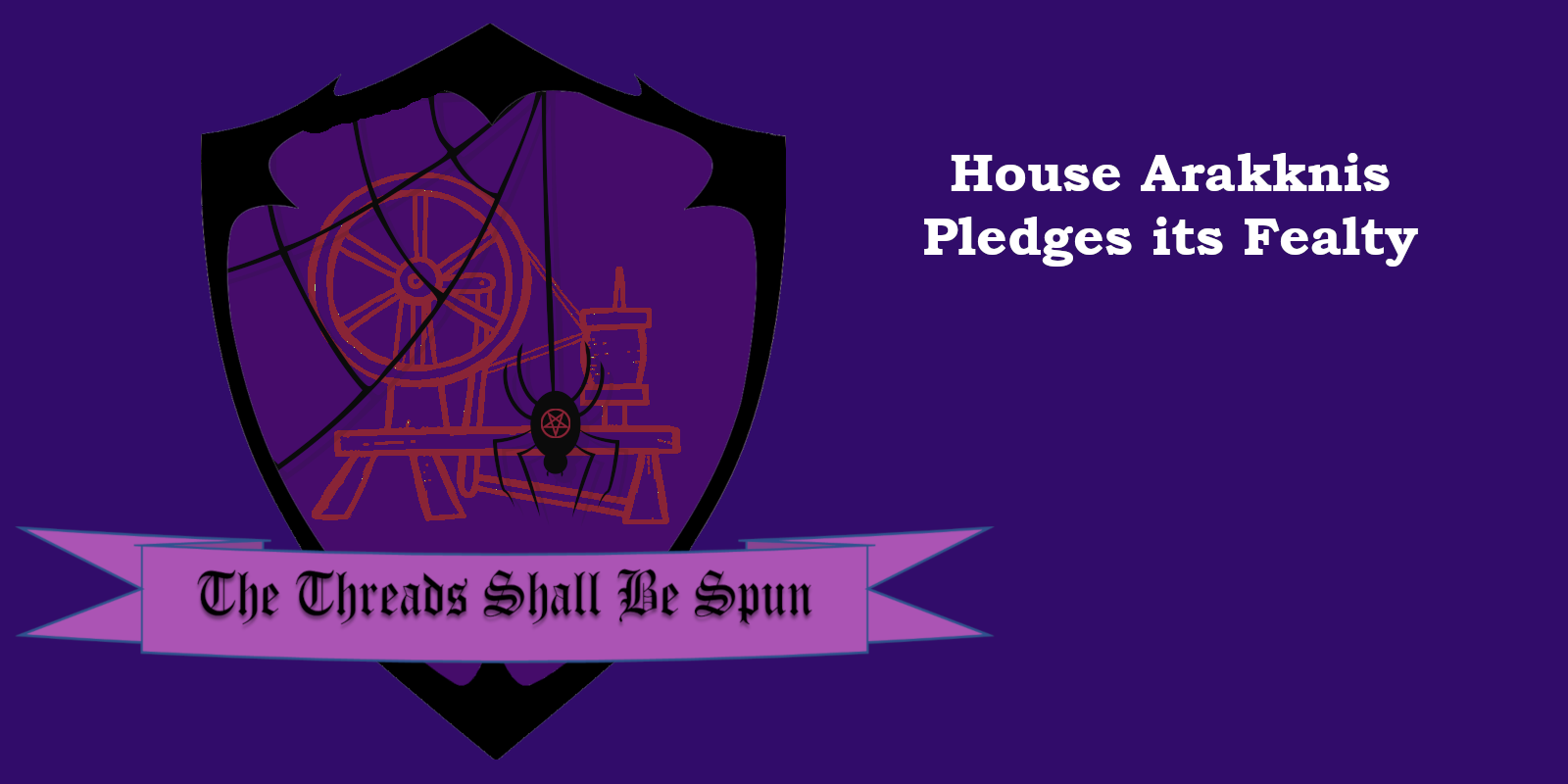 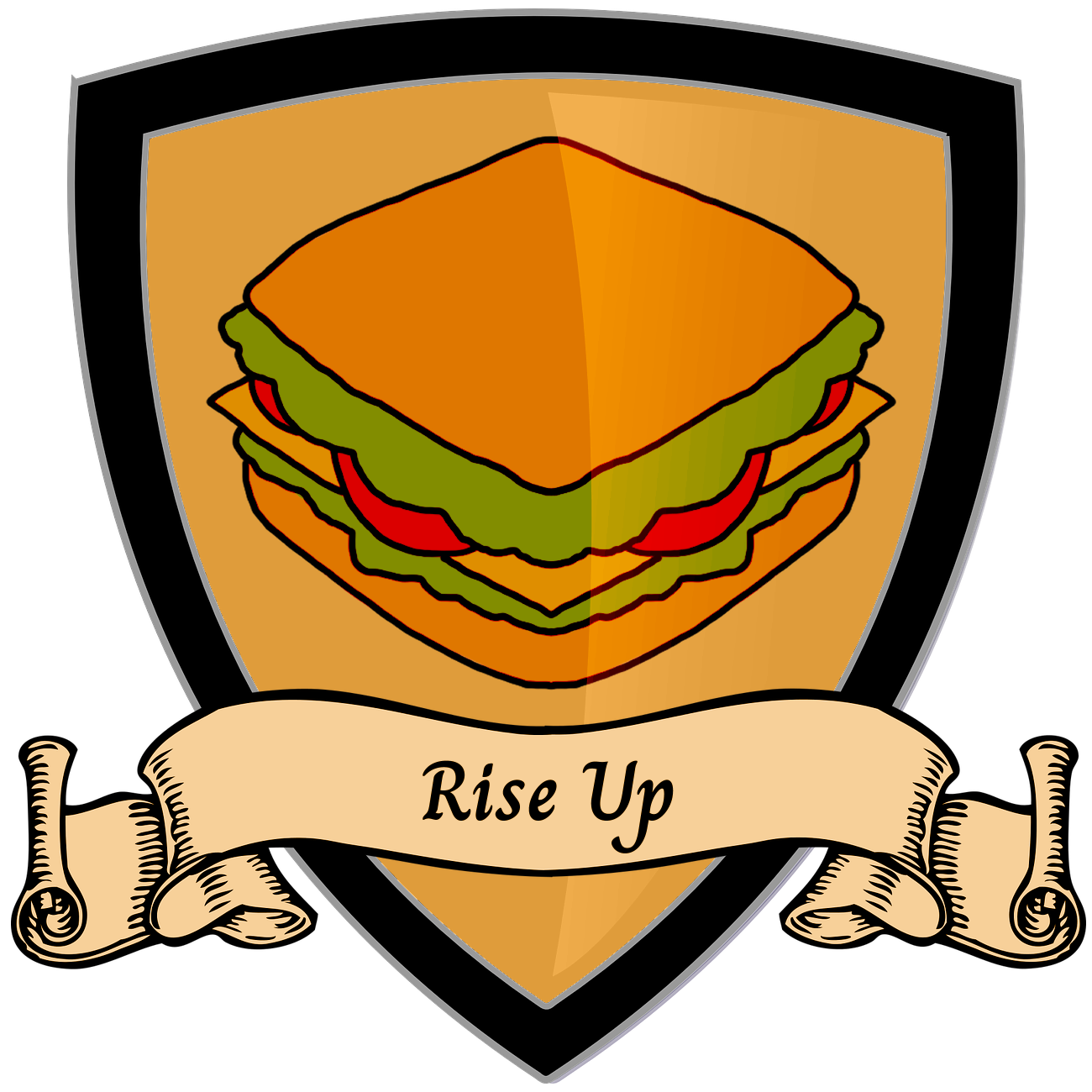 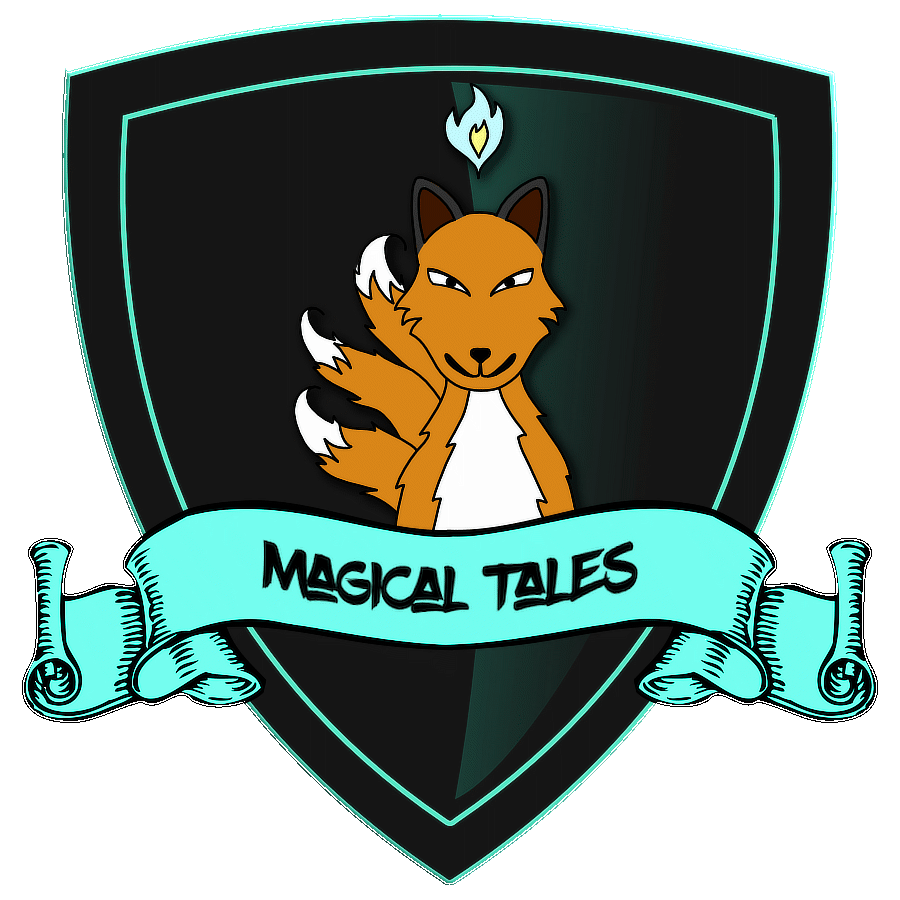 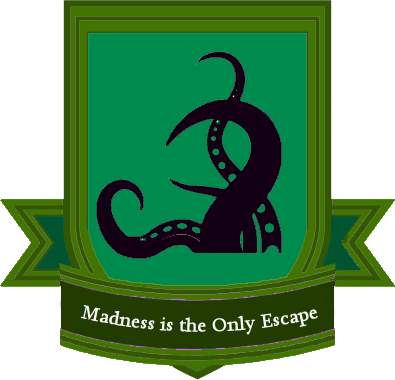 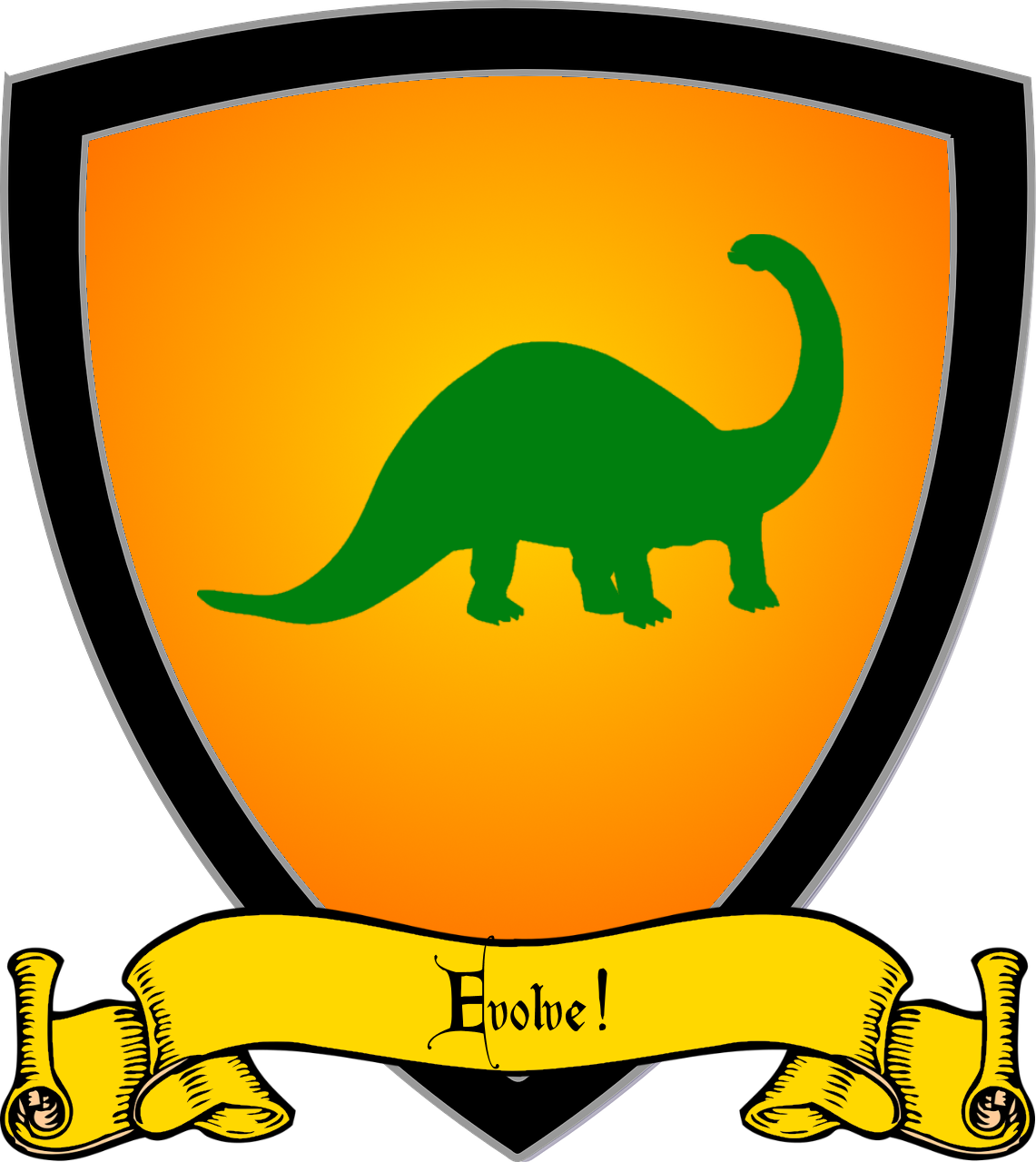 
The Many Faces of House Varangia 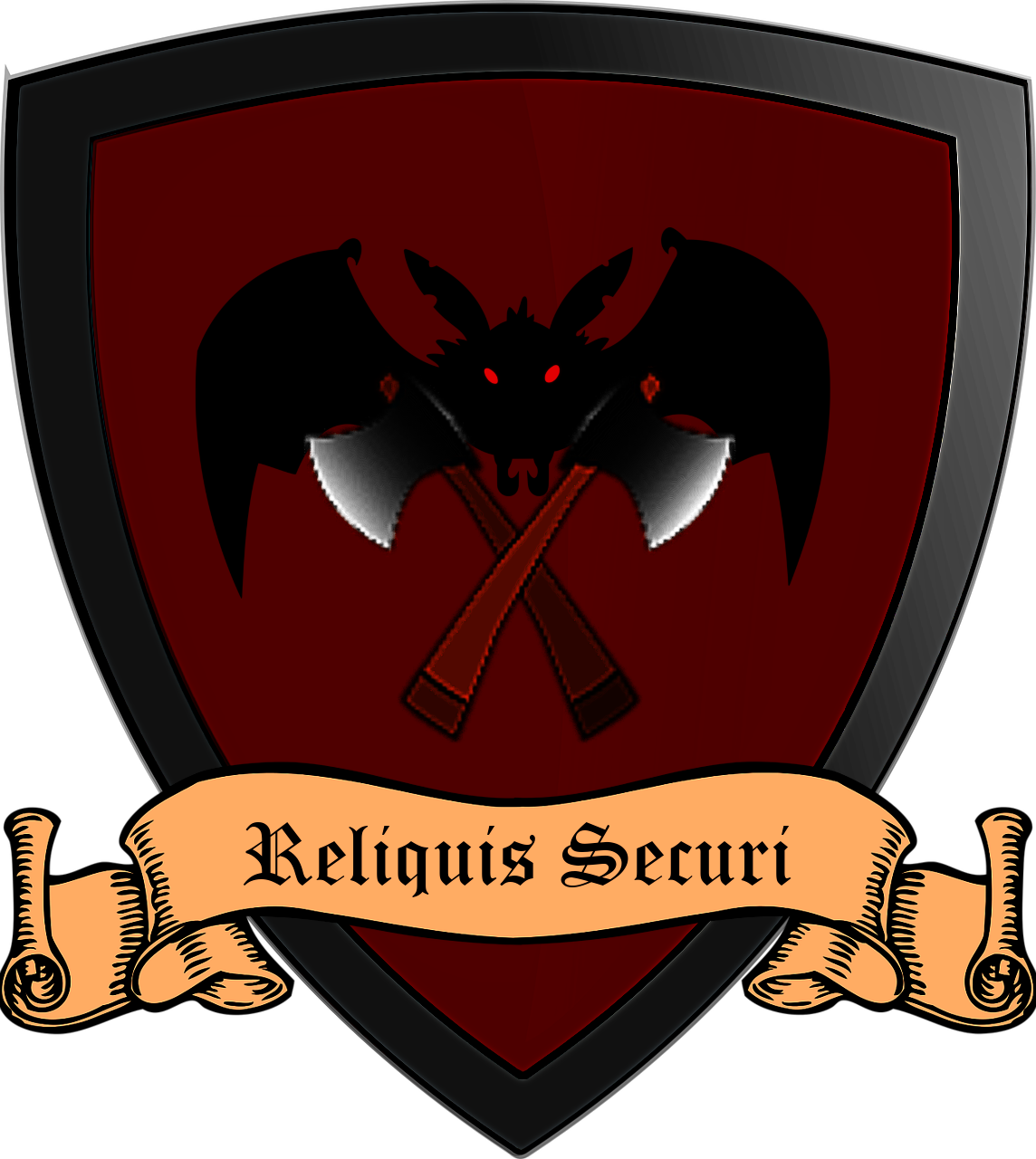 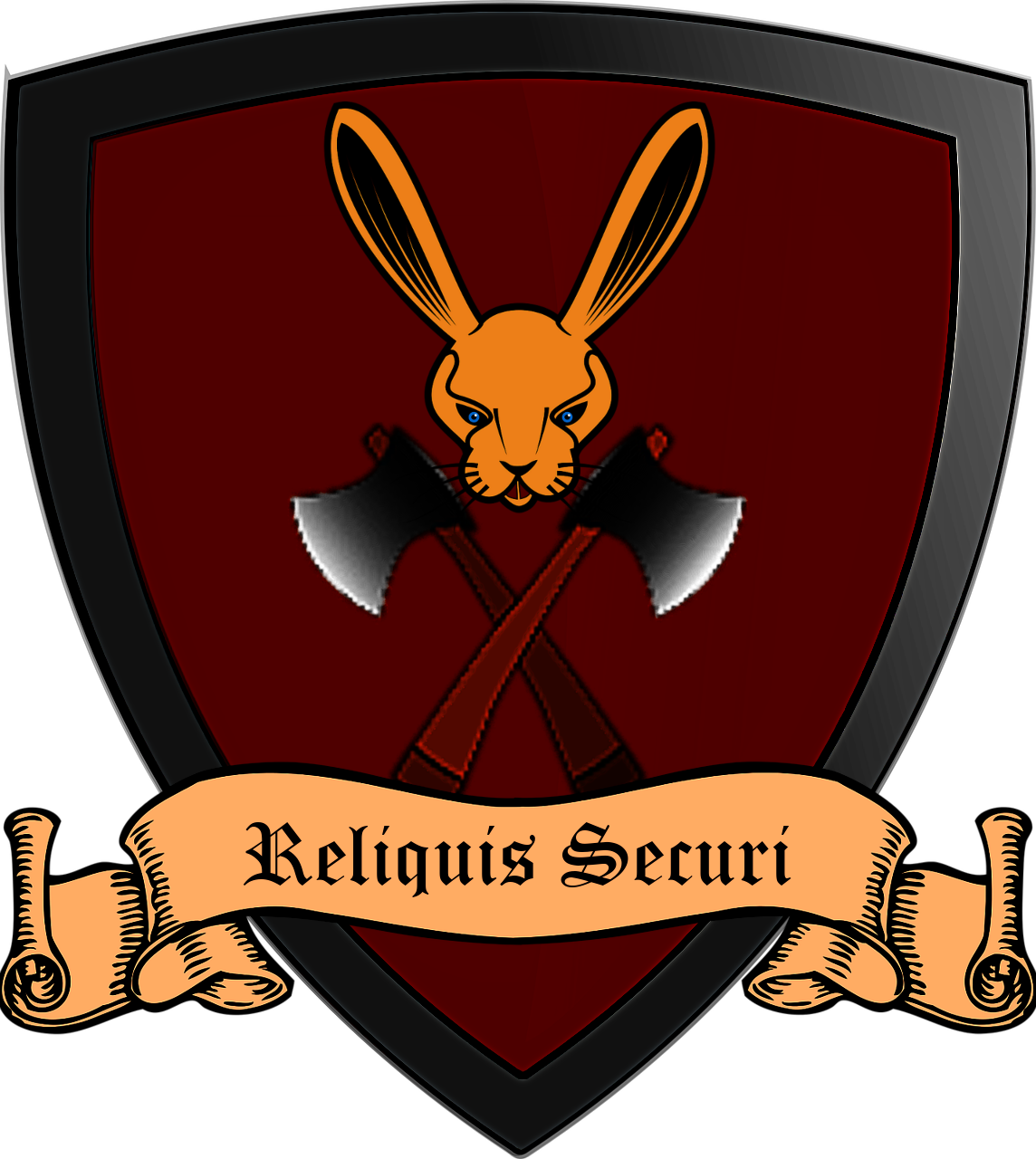 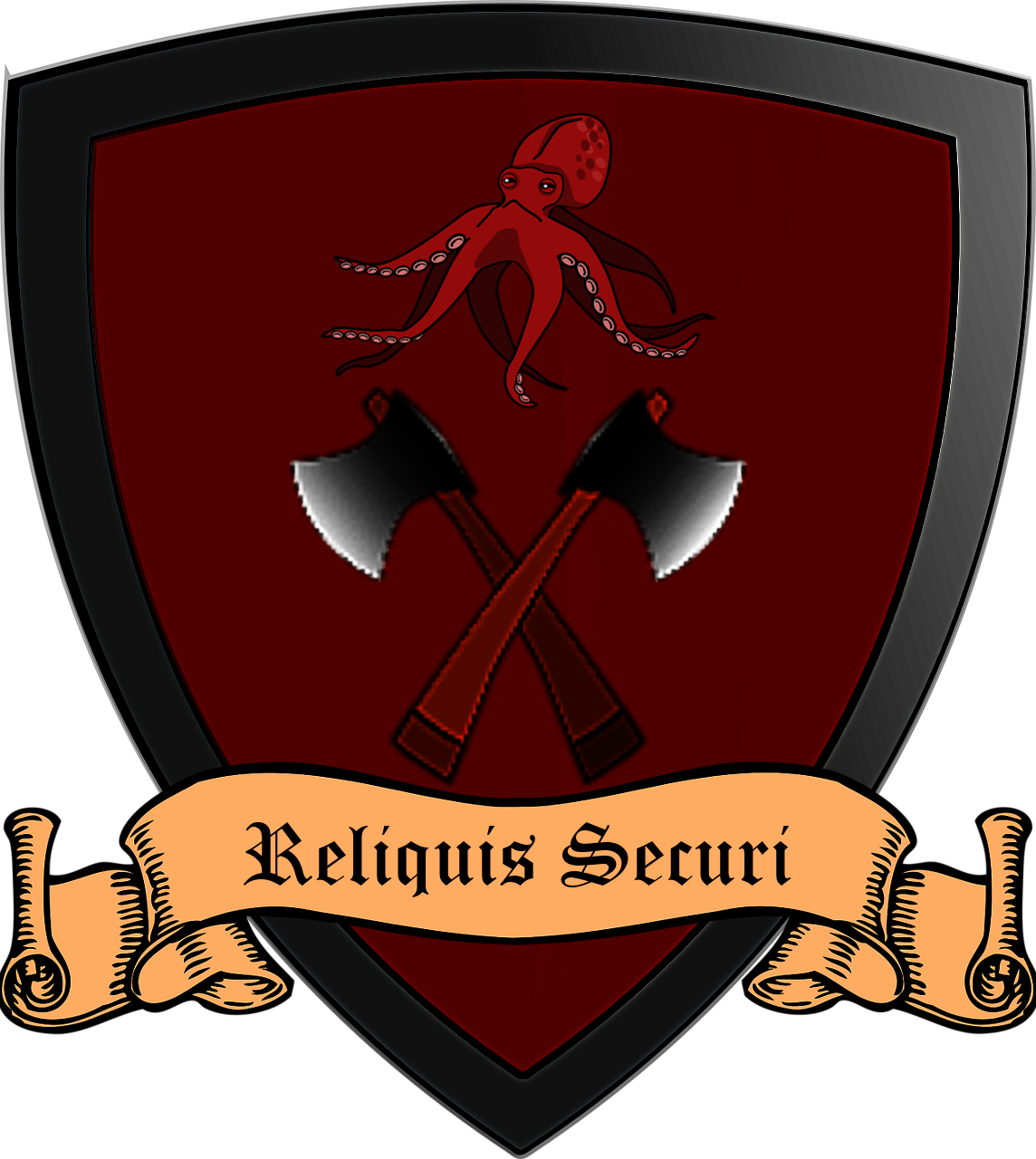 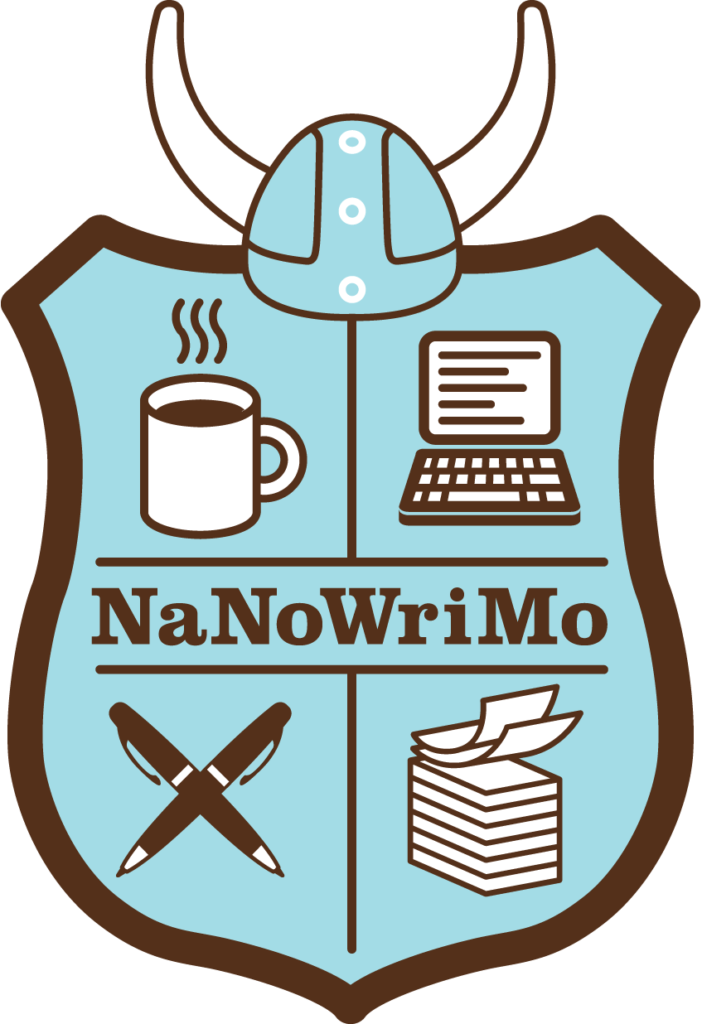 Diane Morrison raised money for National Novel Writing Month through Streamlabs Charities! Through all the support received there or on her Twitch channel, she managed to raise about $60 USD. Thank you for your support! 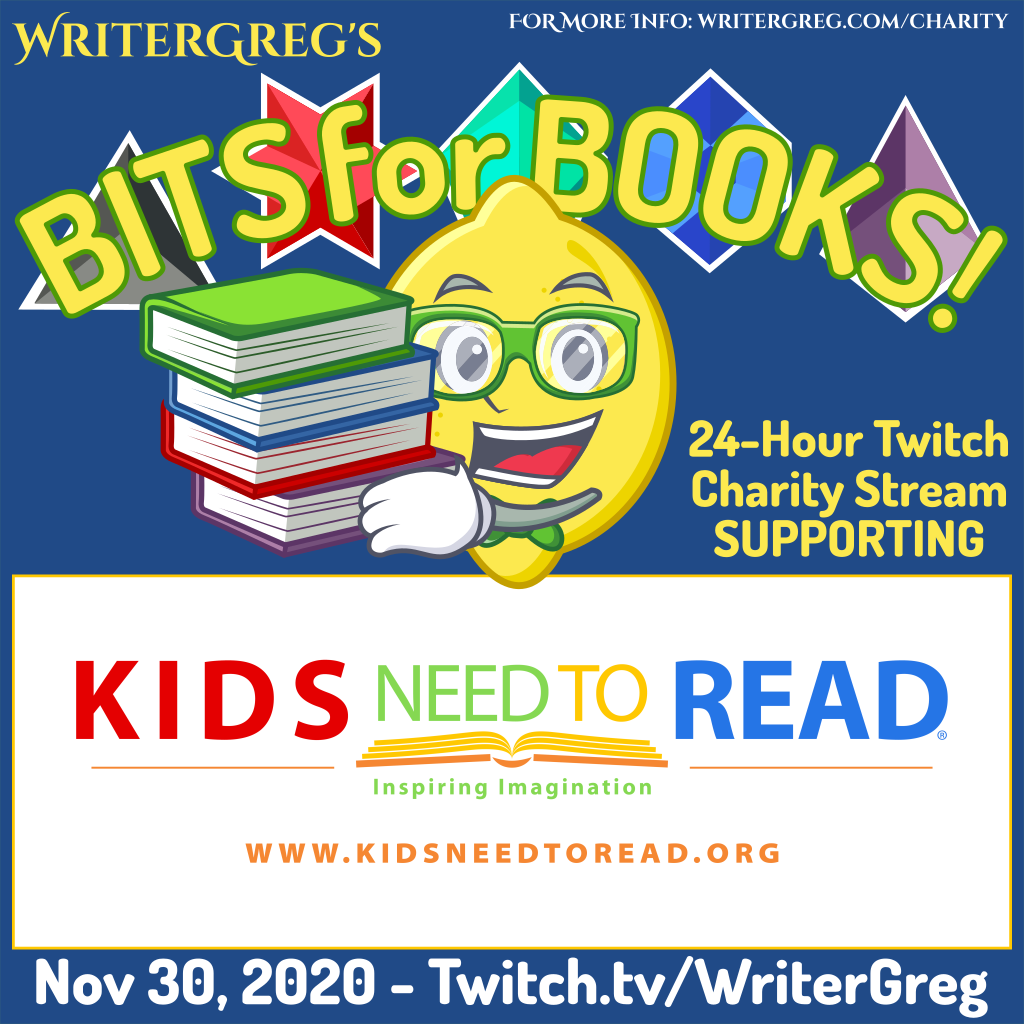 Gregory Lemon raised money for Kids Need to Read by gathering BITS from viewers, who voted for the house his mercenary words supported each stream, and during his 24 hour stream on November 30. He raised a total of $322.60 USD with your support. Thank you!   AuthorGoddess also sold her mercenary services in return for Bits or Subs! All profits were donated to KidsNeedtoRead.org. She raised $ USD. Thank you again! 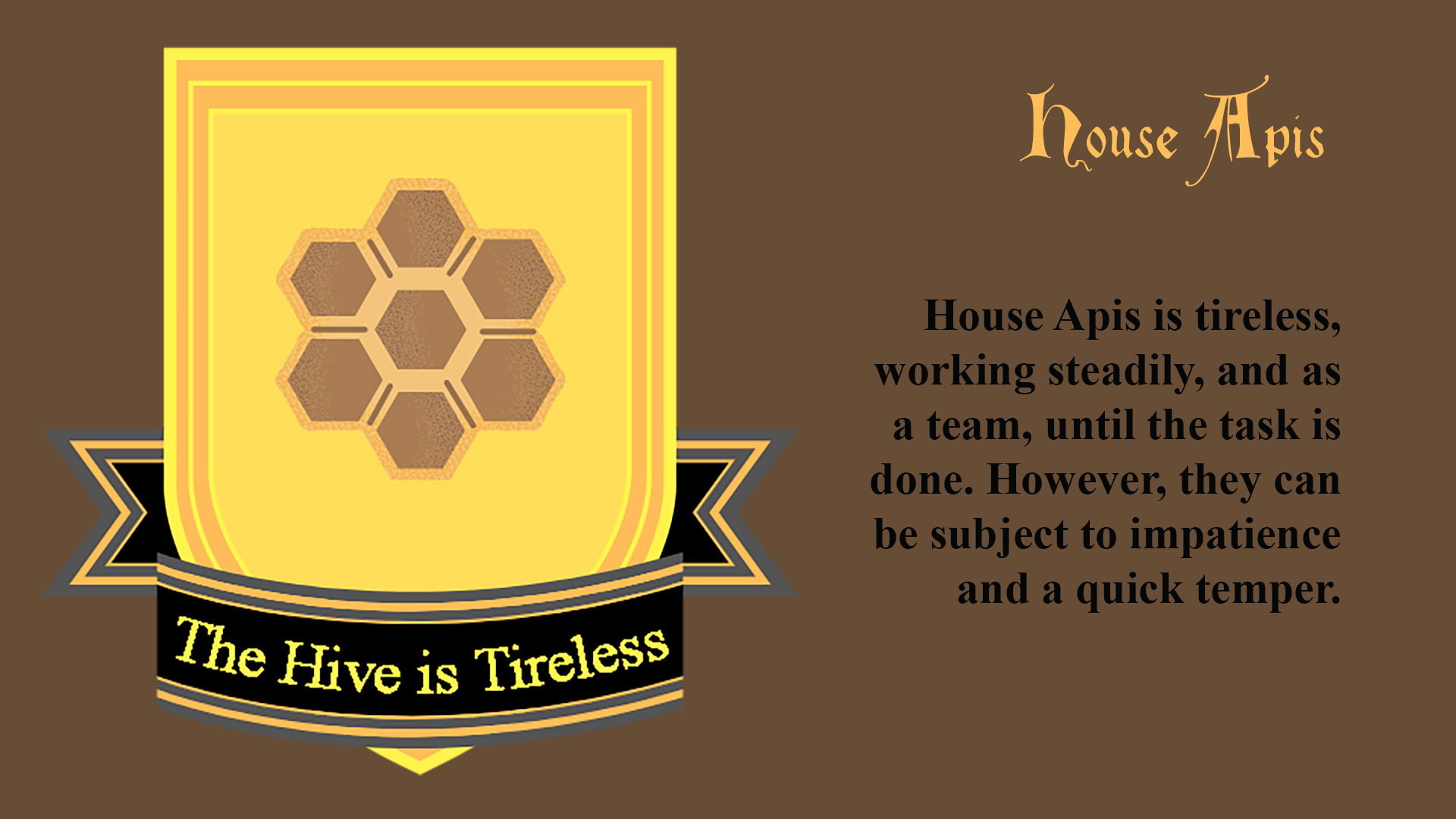 
Lesser Houses in Service to the Apis Banner:

House Apis was defeated on November 5, 2020, with a total of 35,359 words for their 6 members and lesser house members, and mercenaries. The Queen Bee Dani and Serukis fell to the Undead Horde. DaniAdventures rose again as The Queen Zombee. She and Serukis the Zombee promptly began to terrorize the living with their impressive word counts.   and House Sauropoda fled to the arms of House Avis, and bent the knee to the Feathered Prinx the same day.

To slay all others with the repeated stings of their word count totals, and claim the Iron Tome! 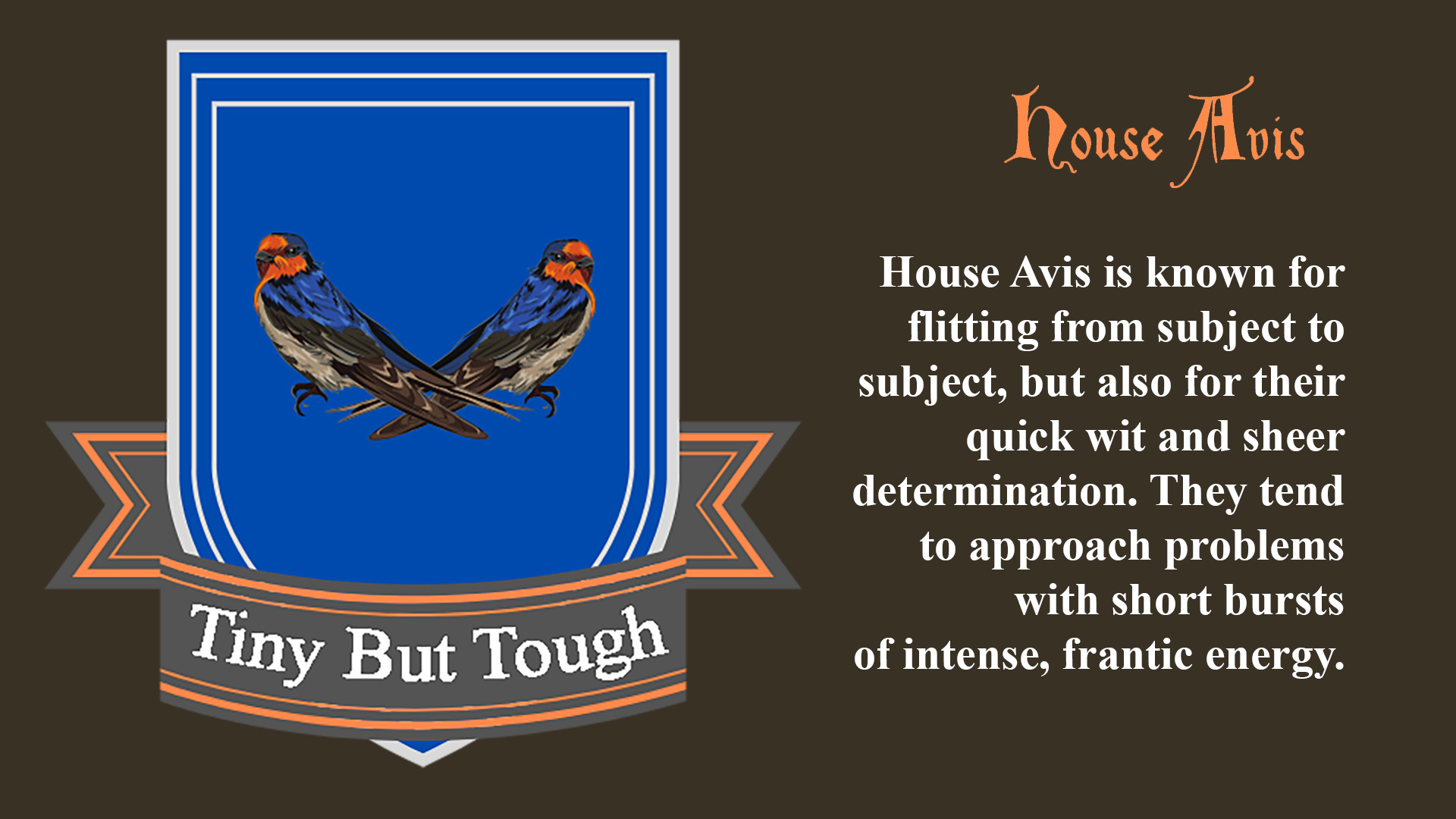 
Lesser Houses in Service to the Avis Banner:

House Avis was defeated on November 20, 2020, at a total of 312,213 words. The death toll was catastrophic. New zombies included gwenefre, nine_and_kittens, dhan_llynya, and eilaigh. House Sauropoda leader RPGDinosaurBob , now known as RIPDinosaurBob or FossilBog and the Feathered Prinx themself, Cryssalia Noire, now known as Corpsalia the Plague Penguin, were both consumed by the Horde as well. Their epic word counts considerably increased the strength of the Undead considerably.   With his dying breath, DinosaurBob willed the service of his mercenary, AuthorGoddess, to House Lapin for the remainder of her agreed-upon term of service. House Caepaire and House Arensborg both fled to House Mollusca. The fate of House Tenebrus remains unknown.

To fly to victory on the wings of words, and claim the Iron Tome!

Mistress of the Night, Queen of Bats
She/Her 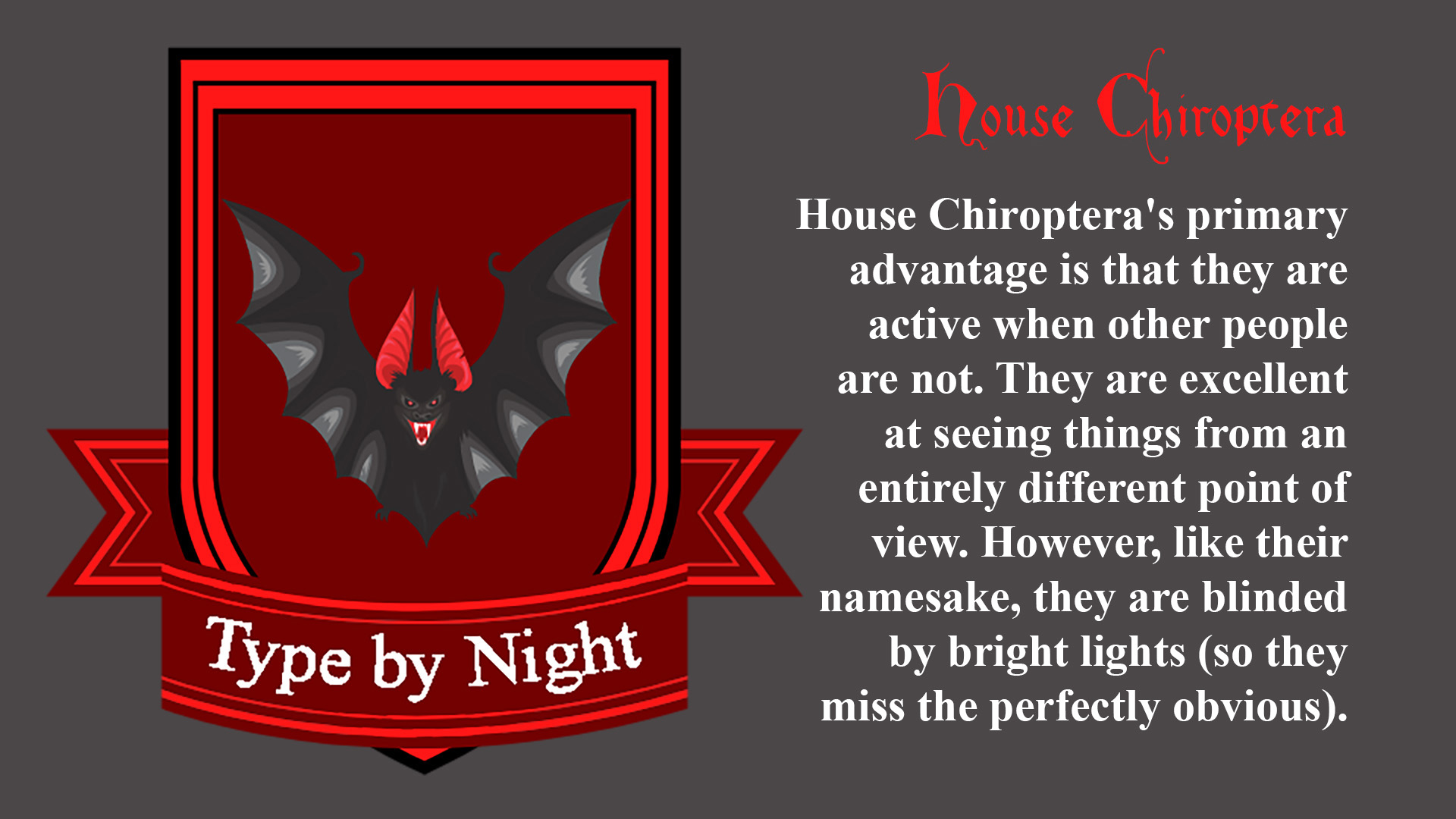 
Lesser Houses in Service to the Chiroptera Banner:

House Chiroptera was defeated on November 15, 2020, at a total of 187,601 words. Siobhan the Writer , Queen of the Night, was the first to fall to the Undead Horde, to rise again as Queen of the Nite. Moonflower, LizaGrimm, and Caliope7 were also taken by the Horde.   A pitched battle ensued! Siobhan the Queen of the Nite proved to be more of a menace as the Undead. She and Dazzlicorpse pursued Lord Galakrond, Realm of Music, DMStretch, and Nathalia Books with pitched ferocity. Pizza, chocolate, and the corpses of racoons and pigs were thrown as distractions, and many axes were brandished. But in the end, the living who were not already claimed escaped.   House Ceapaire and House Varangia scattered in different directions. House Ceapaire swore their toast to House Avis, and House Varangia swore their axes to House Lapin.

To accumulate life (words) while everyone else is asleep, gather a great cauldron of bats, and use these combined resources to seize the Iron Tome!

The Chief Rabbit, The Mother of Bunnies, Sable Bright-Eyes, The Queen Who Knelt
She/They 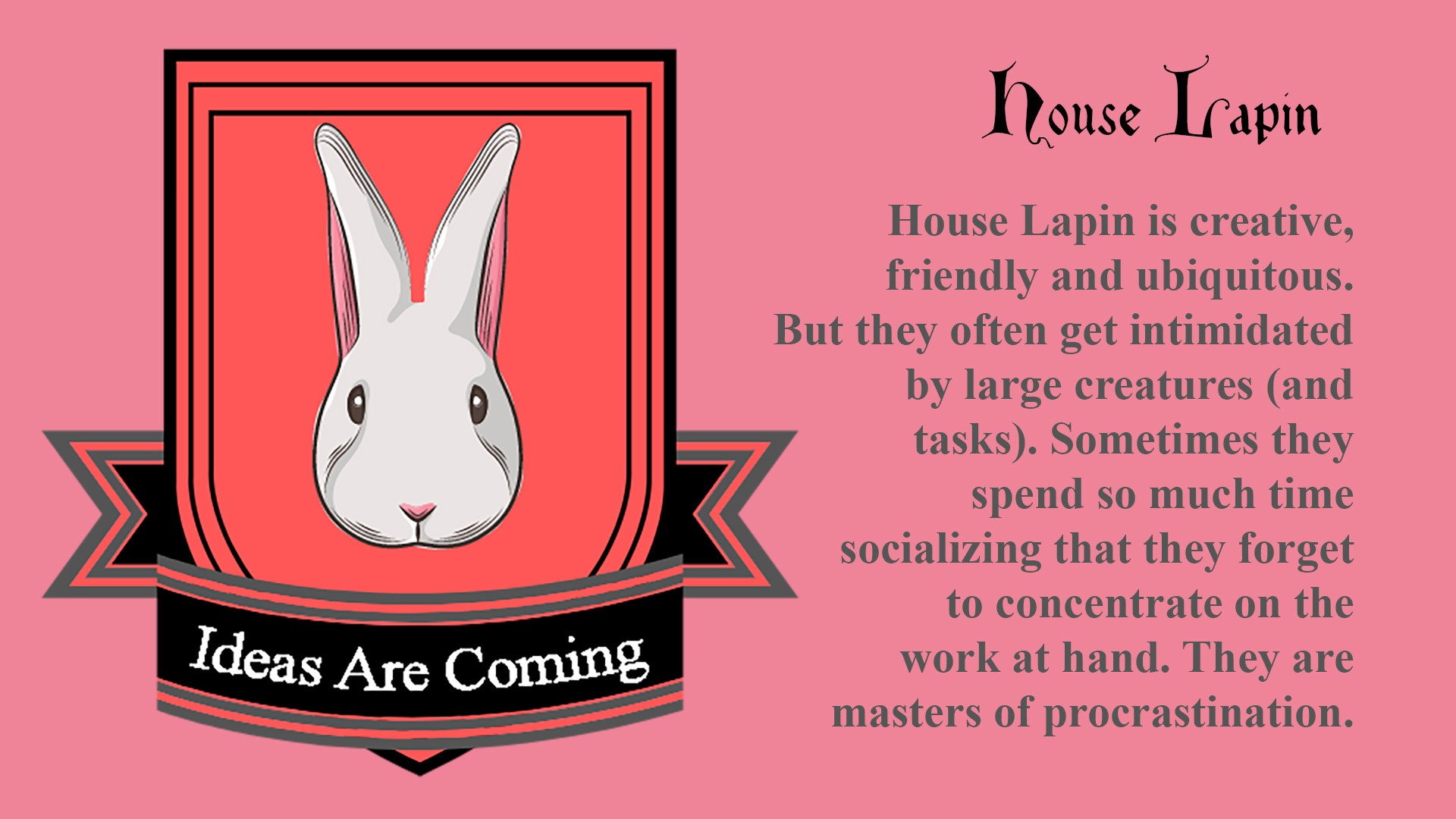 
Lesser Houses in Service to the Lapin Banner:

House Lapin was defeated on November 25, 2020, at a total of 494,222 words.   House regulars PrideAscending, Xantos the Great, p2poo2, Mirabaar, and Kitoypoy fell to the Undead Horde. Kalgidorah, leader of House Arraknis, was also embraced by the Undead, as was respected Varangian mercenary NathaliaBooks, who sacrificed herself to save her Captain and House Leader, and confused mercenaries MagikBeyondYourKen and Esongbird24601.     Unlike every other major house leader, Sable Aradia survived the battle and fled to the sea, to bend her knee to the Kraken, CoffeeQuills of House Mollusca, earning the epithets "Sable Bright-Eyes" and "The Queen Who Knelt".   The fate of House Chariste remains unknown.

To amass their forces and take the Iron Tome through sheer numbers! 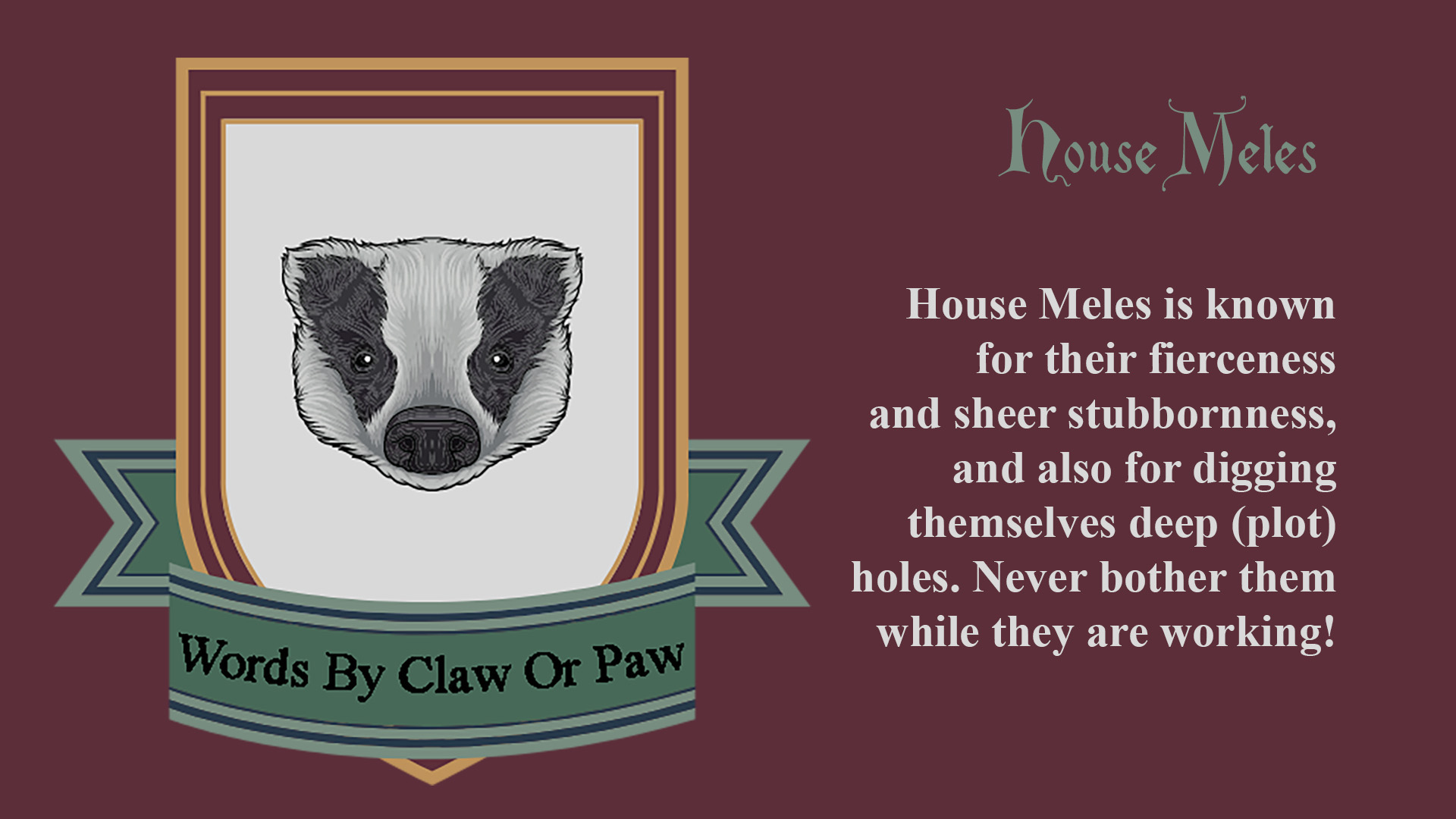 
Lesser Houses in Service to the Meles Banner:

The clan of House Meles was defeated on November 10, 2020, with a total of 86,557 words. This close but disastrous defeat resulted in both Darth_Nikolas and Meles' loyal banner, Amy Winters-Voss, leader of House Kitsune, rising again as Undead. Lich Nikolas and ShyDeadFox quickly became a menace to the living.   The battle also claimed the life of the mercenary Dazzlikat, who rose again as a zombie as well.   The scattered members of House Meles and House Kitsune, bereft of both of their leaders, were left to eke out their existence with new houses as best as they could.   Lord Galakrond, scion of House Meles, and Realm of Music, Lich Nikolas' widower, fled to House Chiroptera, only to once again be forced into flight when Chiroptera was destroyed on November 15, 2020.

To dig their way through the plot holes, and fight steadily and aggressively to claim the Iron Tome!

The Kraken, The Thing That Should Not Be, The Cosmic Kraken
They/Them 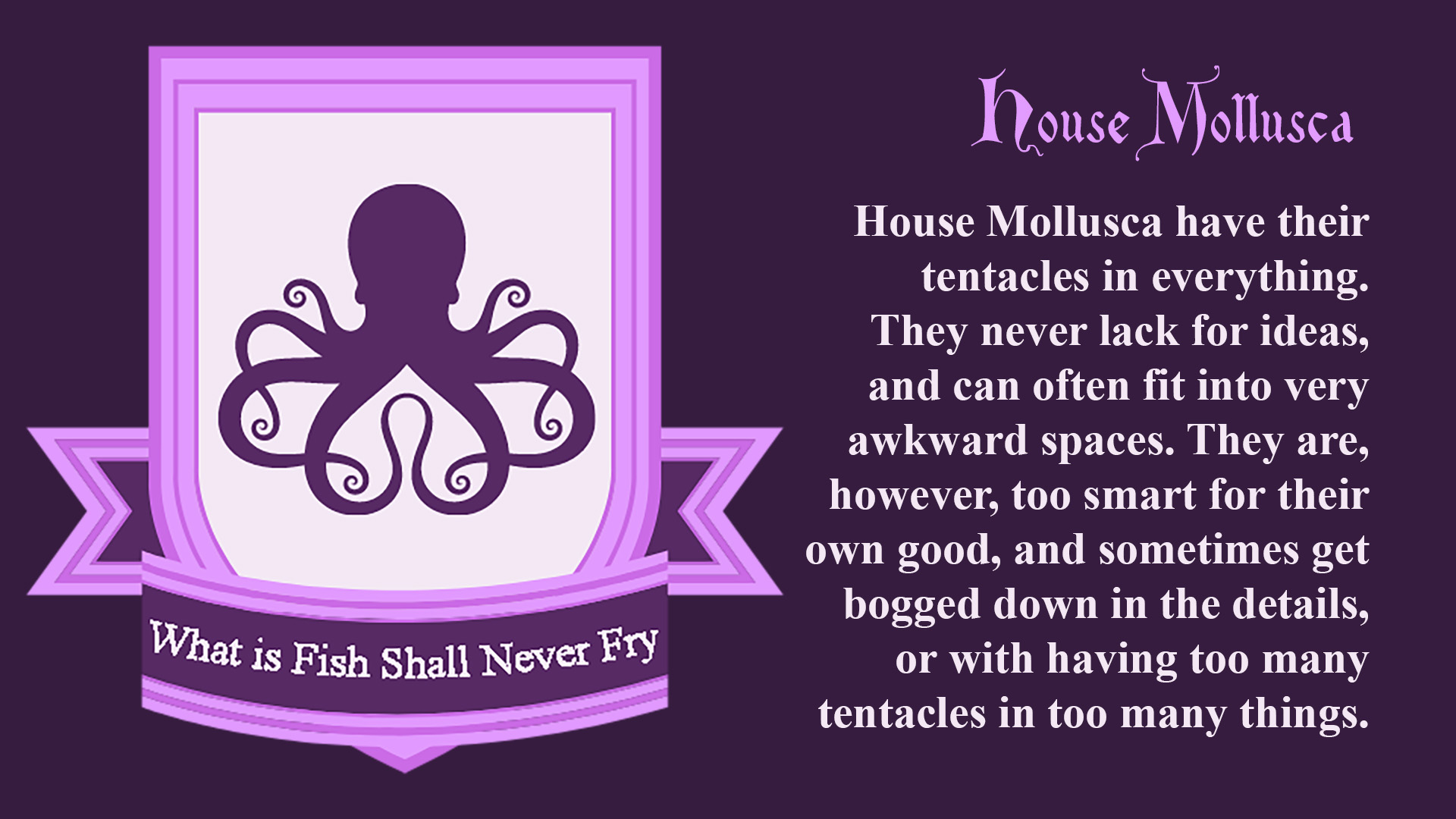 
Lesser Houses in Service to the Mollusca Banner:

To have so many tentacles grabbing for the Iron Tome that nobody else can touch it! 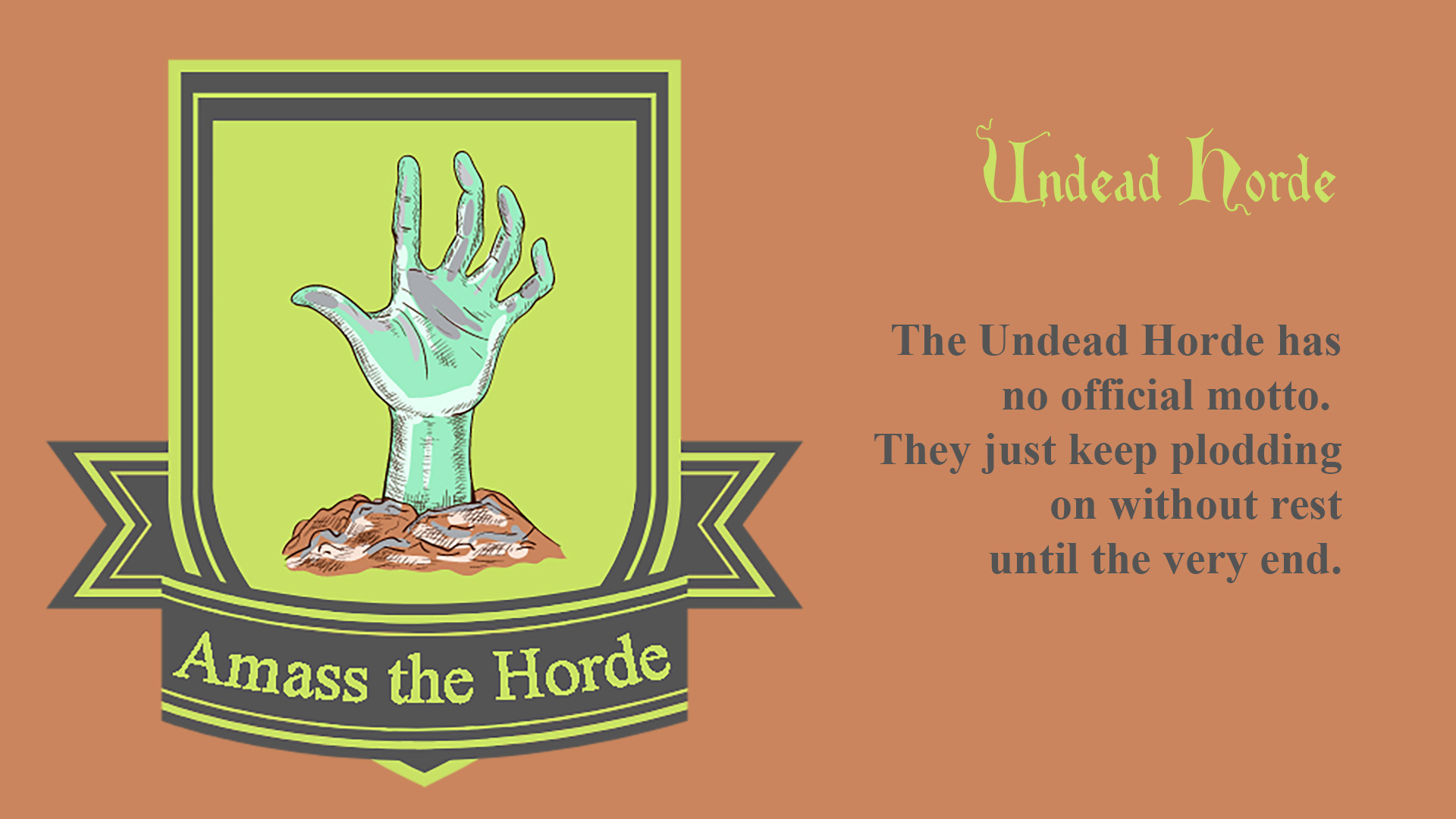 The Undead Horde was defeated by the living, under the banner of House Mollusca, in the Final Battle, at a total of 364,143 words.

To plod on steadily with their ever-growing army of undead Wrimos, slay the living en masse, and deny anyone else the Iron Tome through raw attrition!

Join Game of Tomes Discord!
All content not otherwise specified is copyright (c) 2023 by Aradia Publishing. All rights reserved.   All public Game of Tomes videos are released under a Creative Commons, Attribution, Non-Commercial, No-Derivatives license

I know there were a lot of important events I missed, but this is what I was able to gather by watching the Final Battle stream again, to make sure I got everything in the correct order -- so if you have other events to add that you remember, just tell me what week they happened in, and I will make sure to add them. This includes the week in which you finished your NaNoWriMo goal, because everyone is important! Thank you again to everyone who played!