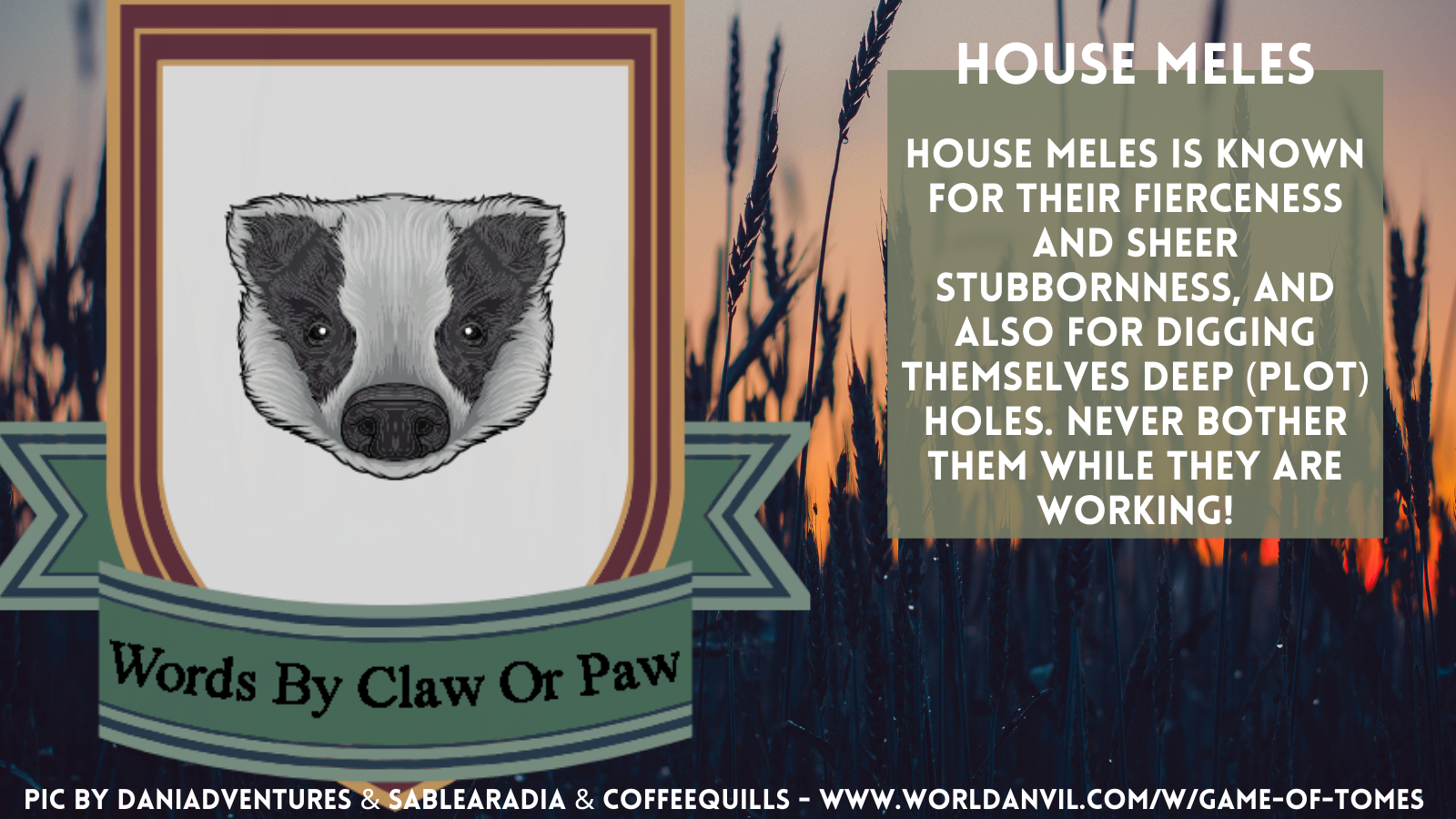 House Meles is a Major House, led by the The Great Badger, that has the proud history of participating in every Game of Tomes war and tourney.

House Meles participated in Game of Tomes 2020 . It was the second House to fall to the Undead Horde, with its leader being an unfortunate victim of zombification. The members of House Meles who fell to the Horde were cured of their zombification when House Mollusca claimed the Iron Tome.

House Meles was the victor of the Tourney of Tales of April 2021.

House Meles participated in the Tourney of Tales of July 2021.

House Meles participated in the Game of Tomes 2021.

House Meles participated in the Tourney of Tales April 2022.

House Meles participated in the Tourney of Tales July 2022.


The Fall (Round 1)
Despite having a welcome influx of new Badgers, House Meles was the first house to fall on Nov 6, 2022 with 162,804 words. Meles was just barely behind House Chiroptera, who with the advantage of an alliance with House Ailurus escaped the first attack of the The Undead Horde.

Tome Stolen
Shocking the entire house, Lord Galakrond stole the The Iron Tome from House Lapin in an attempt to solve the issues from The Company kidnapping and taking over his mind. ECC Books, having recently turned into The Nite Monarch ICC Dead People, fought with General Galakrond over the tome. General Galakrond died and turned into The Nite Prince GalaWight. They are currently both leading the Undead Horde.

Fallen Badgers (Round 1)
Badgers that bravely fought to protect our den and fell to the horde that day were:
The King's Speech
The Great Badger's Speech to the House Members (Non RP)

Meles, While it is sad to see our house fall today, I want all of you to know that I could not be more proud of what we accomplished. Meles started this war with only a few members and has probably doubled in size since we started. Each word you wrote is one that Meles would have never had without you! It warms my heart to know that we were able to knock out more than THREE full NaNo's together and it is an honor to fight the Undead at the side of such brave, talented Tome Knights.   We may have fallen in 2022, but the House of Badgers is growing fast and I'm excited to see where the next year will take us. I'm thinking "Badgers 2023" has a nice ring to it... 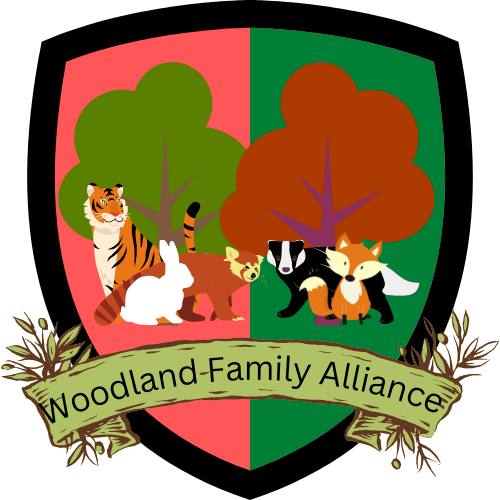 The Great Badger and The Royal Family fled to the The Warren where they were, despite the circumstances of war, warmly welcomed by the Chief Rabbit Sable Aradia. Our king encouraged surviving Badgers to join them under the safety of the banner of House Lapin.   It was here, House Lapin and House Meles formed the Woodland Family Alliance. Eventually House Ailurus joined, and the alliance added the red panda and additional guard animals to the banner.

The Fall of Lapin (Round 3)
When House Lapin fell on November 17, 2022, House Meles took refuge with House Sauropoda. Good King RPGDinosaurBob kindly welcomed the badgers and made room for surviving members.

Fallen Badgers (Round 4)
Members that bravely fought and fell to the horde that day:
This article is a work in progress, and may be subject to changes. 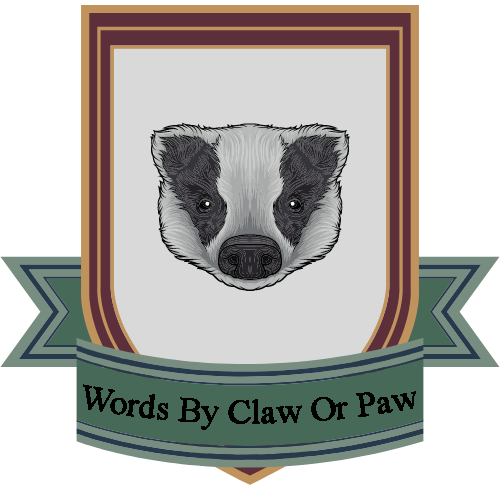 Words By Claw or Paw 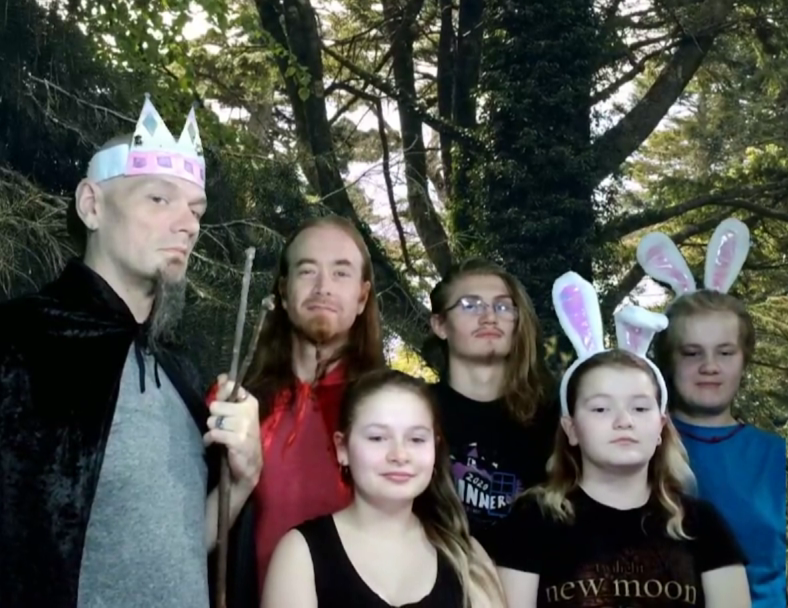 Join Game of Tomes Discord!
All content not otherwise specified is copyright (c) 2023 by Aradia Publishing. All rights reserved.   All public Game of Tomes videos are released under a Creative Commons, Attribution, Non-Commercial, No-Derivatives license